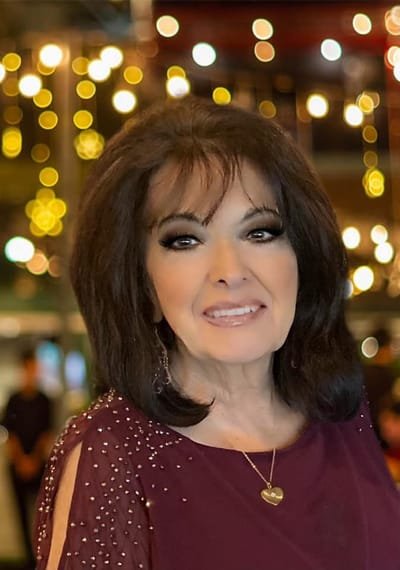 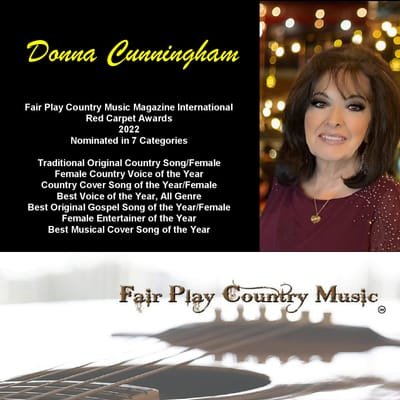 My Career Bio
Donna is from Lucasville, Ohio… a Southern Ohio native and has lived there her entire life.She sang at local events and school during her childhood. I the late 1990's she formed her own band, DCFever. It quickly became one of the most popular bands in the tri-state area. Before becoming a professional recording artist Donna was a member of the Buckeye Country Music Association of America and the National Association of Country Music America International and won numerous awards competing again contestants from around the world. In 2011, Allen Karl signed her to his label. Century II Records named her Head of Artist Development as well as her being a recording artist. In 2012, she toured Europe and performed 2014 shows in Canada and but kept a foot in the heart of it all, Nashville. She performed on the Music City Hayride as a regular based at the legendary Texas Troubadour Theater, Music Valley Drive, Nashville. She also performs frequently on the Dewdrop Jamboree in Murfreesboro, TN. She was also a member of The Saturday Night Jamboree based in Huntington, WV. Also, Donna was one of the original artists on the TV Show Country Junction out of Campbellsville, Ky.
Through the years, she has accumulated 29 Number 1’s on The Indie World Chart, Airplay Express, European Country Music and other charts. She has earned 20 platinum and golds from Airplay Express which is based in South Africa. She helped Century II earn the 2018 Record Label of the Year Award by the Josie Music Awards as she was the promoter for the label as well as their top recording artist. Last year in 2020 Fair play Country Music Magazine International named the Century II Label the Most Appreciated Studio Recording Label. In 2021, it was awarded the Top Label by Fair Play also. She always stays on the Joyce Ramgatie Top 200 Independent Country Artist Chart and has occupied the Number 1 spot on occasion. She’s been inducted into The Independent Country Music Hall of Fame and the Airplay Express and Independent Superstars Hall of Fame and been named Traditional Female Country Music Entertainer of the Year by NACMAI. Her song “A Satisfied Me” was named Independent Country Song of the Year 2012, by both the Rural Roots Music Association and by the Country Music Review, with several other awards along the way. Her duet CD with Allen Karl, “Doin’ Those Country Covers” was also named CD of the Year by The Rural Roots Commission. She’s also a member of the CMA, the Traditional Country Music Assn., the Traditional Country Opry and was associated with the Southern Ohio Opry where she earned the title of the First Lady of the Opry. She has performed locally at River Days, After Hours, Frasure’s Chateau Club all the clubs, etc. And also, was a member Doc Roc & the Remedies until starting her own band DCFever. Probably her most cherished award is the Distinguished Graduate Award from Northwest High School. Allen Karl who founded Century II Records in 1987 recently sold the label, and Donna decided to try her hand at her own label. This label is named Big Bear Creek Records, named after the community, that she grew up in and still resides in. “I love my lifelong community of Big Bear Creek and Scioto County and hope that in some small way basing an international record label here might bring it some notoriety. I promote the area every chance I get, whether be it Europe, Canada or just other states here in the U.S. I am so grateful to my Big Bear neighbors, the people in the business who have supported and helped me through the years, and to my fans, friends and family.
Just love singin’! I could never imagine my life without music.”

Donna has just finished a new album of previously unrecorded songs from the legendary songwriter Jerry Foster with Foster. It should be released in late spring; it's titled "Unreleased Gems" "A Tribute to Jerry Foster"

"I'm anxiously awaiting the winners for the Fair Play Country Music Magazine International Red Carpet  Awards as several of my BBCM artists and I are nominated in several categories."

"And I am just finishing the submissions for the Josie Awards!!! They are being held at the Grand Ole Opry House this Year...how exciting."